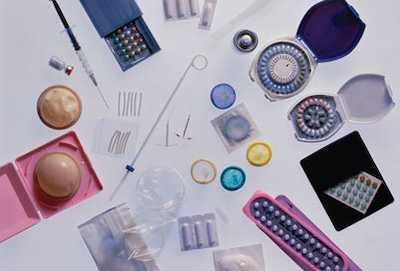 Let’s talk about something that’s annoying me right now, and that’s always annoyed me, frankly. The apparent “debate” about birth control.

For a little context for those of you who don’t pay as much attention to the constant barrage of horrible news, a few days ago, the Trump administration decided to roll back the part of the Affordable Care Act (you remember, that thing that Obama got done and Trump hates because Obama got it done) that mandates that employers provide their employees with insurance coverage that includes coverage for birth control. Is the administration physically ripping birth control out of women’s hands? No, but they’re basically saying, “Hey companies who hate their employees, think sex is a sin, and want to save money, go ahead and deny birth control to them! There’s definitely a few bucks there.”

Now a few things. One, now that I live in red state, at-will employment, we-hate-unions Idaho, I’m going to make darn sure anyone I work for has health care coverage for birth control in their employer-provided insurance plans. (I’m confident enough that I’ll be able to find a different job where they don’t hate their female/all employees.) Two, this is the dumbest possible thing. It will mean that people have to pay more to not get pregnant. We all know conservatives love so much when women get pregnant and they have to pay for some fraction of maternity leave, so this makes total sense. (Not.)

But here’s the biggest thing that I’m going to clear up right now. “Danielle,” I can hear a few of you having a total brain fart saying, “you’re gay. Why do you care about birth control?”

People who know me know not to ask terrible questions, but for those of you who don’t, the answer is that birth control is BASIC HEALTH CARE. It’s not a benefit that only slutty girls need, or just “women’s health care,” or whatever other stupid crap you’ve heard from various right-wing idiots. It is BASIC HEALTH CARE. It affects everyone. (And by the way, the people who are trying to get out of providing it to their employees don’t like folks like me. Though it would be interesting if somehow, only gay people wound up working at places that didn’t want to pay for contraceptives in their health insurance plans.) Objectors are trying to control women’s sexuality, which is a critical part of women’s lives. And men’s too, by the way. If they can deny insurance coverage for this basic health service, what other basic things can they deny?

If only women who have sex with men are the ones talking about this, we’ve got big problems.

Guys, we need you saying something, because women are generally the ones who pay for birth control. Until we have an effective male contraceptive that men are happy using (since apparently no one likes condoms and they’re less effective than the pill in any case), if men want to have sex with women, they want women to get birth control in their insurance plans. It’s not an extra goodie. It is BASIC HEALTH CARE. Most women use some method of it, and preventing pregnancy is a public good.

Employers should be obliged to provide their employees with health plans that take care of their employees’ health. That is literally the point of health care and should not be up for debate. And if you think birth control–and abortion, because of course they also hate abortions, no matter how life- or health-saving–is the only thing the religious right is coming after, think again. Although mostly they’re just coming after the gays.